LEGO® Serious Play® is a tool that has been developed since 1996 by the LEGO Group and used in their own team-, vision- and strategy-workshops. Since 2010 the methodology and materials are available for the public being continuously developed by a worldwide group of facilitators in various workshops.

The LEGO® Serious Play® method allows people building intuitively their thoughts, ideas, perceptions and feelings into LEGO®-models. These 3D-models are the focus of a later exchange within the group. This is where the magic happens: complex thoughts and ideas can be perceived in the built models and the explanations of the builders. The group listens not only with their ears, but also with their eyes – leading to a high-quality exchange of ideas.

While building the LEGO® models people often experience a feeling of flow. One central rule is: Think with your hands. Regarding the knowledge management processes, the tacit knowledge, i.e. the incorporated knowledge, can be externalised by this method. The 3D-models with their assigned meanings often provide more information than a mere verbal explanation could have done.

Especially for self-organised teams and those aspiring to be one, the method is a great way for letting all members participate equally in the discussion. No model is better or more important than any other – each one shows aspects of the same topic. Depending on the aim of the workshop the complexity of the models can be increased (Find more information in the PDF-document build levels | Downloads).

"Think with your hands.

from the LEGO® Serious Play® Etiquette

The LEGO® Serious Play® method and material can be used in almost every workshop – either as supplement or as a main tool. Depending on the topic and the aim of the workshop we will discuss the process in advance and decide if elements of LEGO® Serious Play® could be helpful.

If you are still having doubts at this point (toys…), I kindly invite you: Try out the method once, discover how it works and what results can be achieved by using LEGO® Serious Play®.


I promise: You will be surprised!

A short look into the methodology 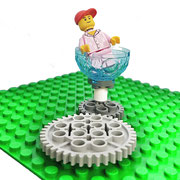 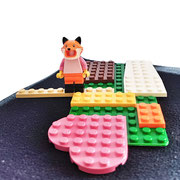 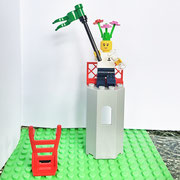 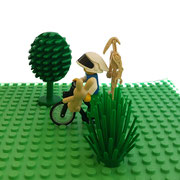 Answers to the question: Build your ideal leader!

Disclaimer: LEGO, SERIOUS PLAY, the Minifigure and the Brick and Knob configurations are trademarks of the LEGO Group, which does not sponsor, authorize or endorse this website.

It finally happened: Since May I am qualified to conceptualize and facilitate workshops using the methodology and materials of LEGO® Serious Play®. For further information please visit the new section of my website.

Coaching I Moderation I Training